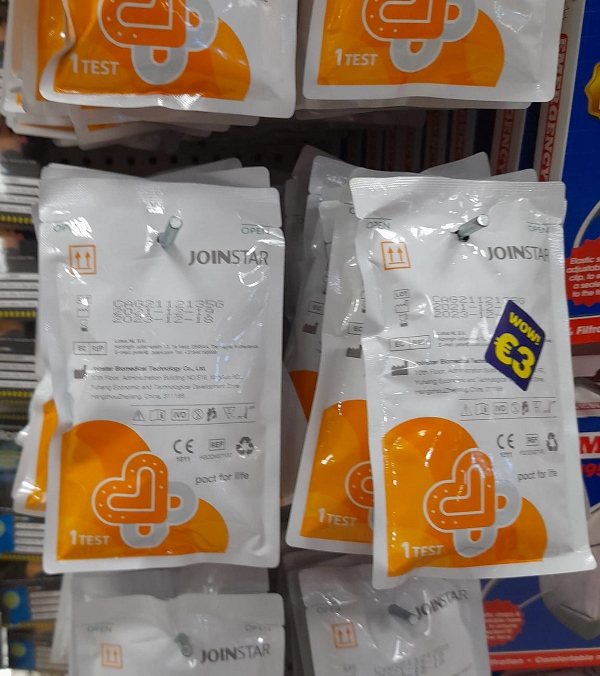 .
Packaging is everything with shelved or stacked items. From food, electrical goods, medical items to even shoe boxes, as items appear amid others, it is vital that the best colours and text are tweaked to their best effect. For simple example – have a look at the picture below. December, 2022 in a Drogheda, Co Louth shop, we have on display an over the counter, on display PCR test for checking the possible presence of Covid-19 within a persons body.
.

.
As packaging goes, it could be criticised for the way it looks in a number of ways. Can you spot how before reading further on?
.
Points of analysis.
.

In marketing terms and practicality terms, I would consider the above product example presented, to be a complete disaster. Here’s why!
.

The packaging in every respect, could be judged by some as an utter disaster. Little thought, if any, was put into the design of the item packaging. There could be a quality item within the packaging but the packaging itself in no way indicates this? If anything, it indicates it’s a cheap made product, slapped out to the public with little or no greater thought to sales marketing. It’s an item that as soon as you place it back on a rack, after having to pick it up and turn it over to find out what exactly it was, you could forget about seconds later as you – the potential customer – moves on.
.
The above packaging item is used as a mere example, a potential masterclass, is what do do and certainly NOT to do, when setting out to sell a product. It’s a disaster best avoided – be it on packaging or on any manufactured item itself! the branding is just about non-existent. The text serves the seller and manufacturer more than any potential customer? In terms of sales, packaging seriously does matter and it should be given some serious time and effort. Not to do so equates to less sales. It all boils down to that. 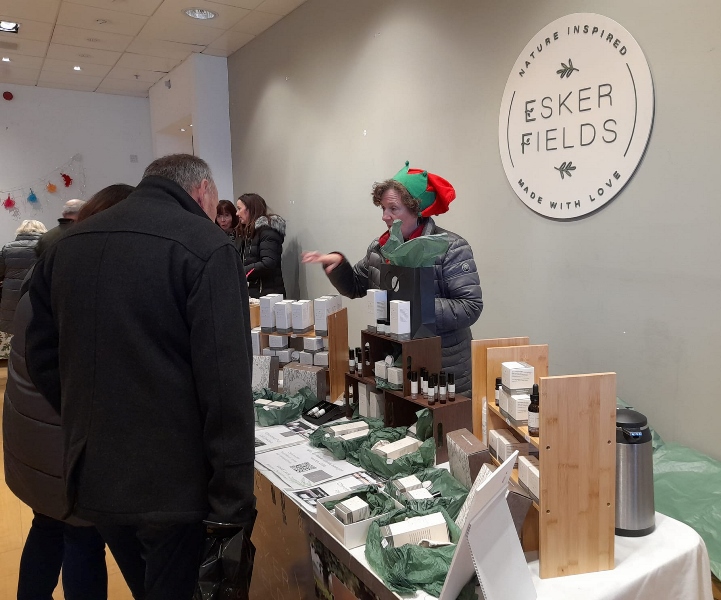 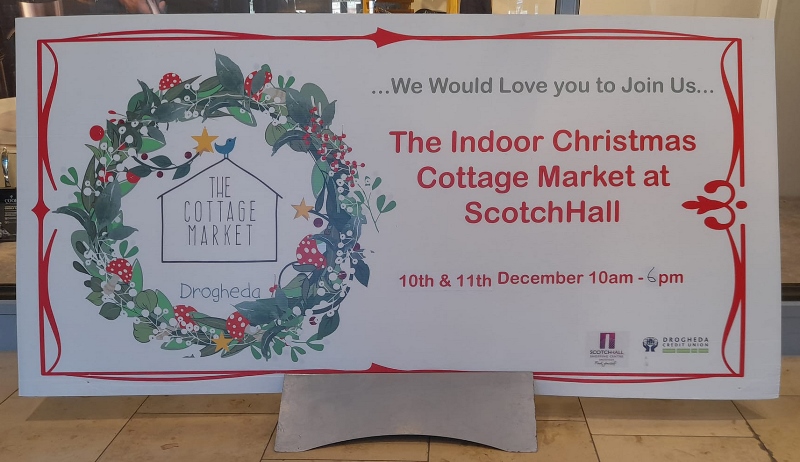 I recently visited a local stall market within a town centre. The combined setup consisted of over 73 separate stands. Each small business entrepreneur was displaying their goods available to purchase on their tabletops. Being in the marketing business that I am, I took my time to go around all the stalls and make note of a number of specific matters. I did this last year too at the same location. My 2022 return visit was to see if much had changed! Sadly, I have to report that much had not. There was good marketing examples – but there was also a lot of disasters. In this post I shall explain a bit about both. Those that have their own small business or hoping to start one, should really consider reading on. 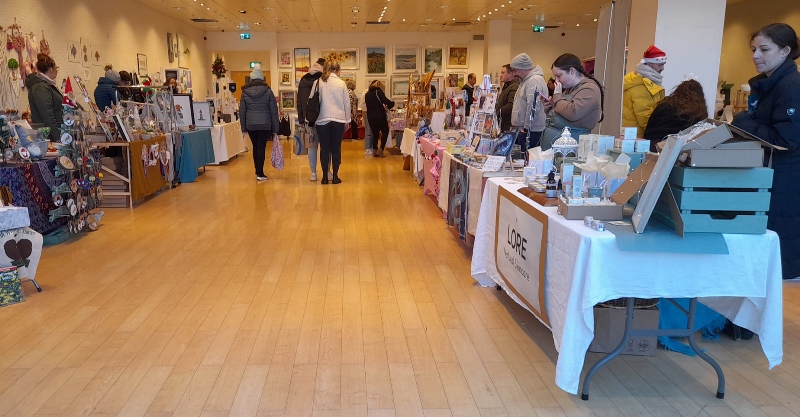 Of the 73+ tables there on the two days the indoor market was open, I counted only 14 that actually had something displayed at the front of their table, exposing their business or personal name. Missing also from the vast majority of front table signage, was contact details, website (if any existed), Facebook (or other social media location), phone number and even email address. What was glaringly missing, was also any branding indicators such as business logo. 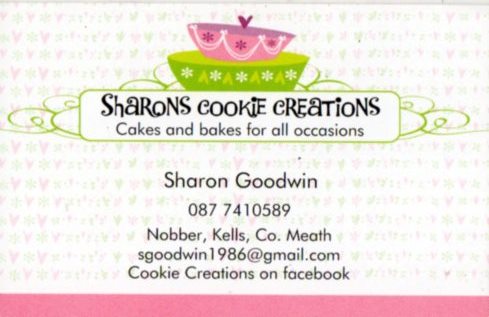 On closer examination of each table, of the 73+ tables, 14 had business cards (some good, some a disaster), 9 had leaflets and even few had such things as banners of a ground stand-up nature or table display. As best usage of table space is crucial for the displaying of as many created goods as possible, it’s important to note that such things as banners, leaflets, etc, are not a high priority for many – and this is quite understandable. However, in marketing terms, selling beyond a two-day setup and getting one’s business name into the minds of the public, such things should not be discarded lightly – or at all. There is a fine balance to be found between having such items and having none.

I deliberately spoke to a number of people, politely inquiring how they were managing to sell their beautiful items – and many of them were just that, extremely well crafted and beautiful. I asked about their online sales methods, had they a business card, a social media location or were they facilitating of online free abilities to expose their goods, thus sell them onward. In the vast majority of cases examined, many or all of the aforementioned were not used often, didn’t exist or if used, were not used appropriately.  The results of all this equaled “No sales” for stall holders. The few that did make a rare small effort, found their actions yielding little results. On examination of their efforts, it became apparent why! Simply put, short version, how they were doing it, was often wrong!
.
All this was a great pity as there really was a great display of physical effort on the day, to try exhibit and sell their goods to the incoming general public. As I have stated, the goods they were selling, were worthy of purchase for those that could afford them and/or find them suitable for themselves or a loved one.
.
.
Then there was the good…
.

.
On approaching the table of one woman, it became immediately clear that the seller had done their background marketing work. They were not letting any sales/marketing opportunities slip by them if they could help it. The table was “Esker Fields“. Website link: CLICK HERE. The charming woman behind the table, Maria, spoke about her product with passion straight off. She homed in immediately on what her products “USP” (unique selling point) were, without any time wasting (rather than others just saying what their product was, “It’s a kettle”, “It’s an ornament”). She spoke with clarity, absolute love of her own homemade products and this was outstandingly evident. I believe that people with such strong passion could ‘sell sand to the Arabs’ as the saying goes. I suspect this woman could!
.

Maria spoke about what she discovered was working for her in marketing terms. I didn’t have to advise her what would or wouldn’t work. She knew exactly how to go about doing it! I suspect that she had tried/tested a number of marketing methods and quite rightly found one of the most effective ones (the use of video) in relation to what she was providing to the public. It is a very effective method I would recommend to others that they try, if they have the capability. If they don’t, that’s where “Clear And Graphic” can assist!

.
On the table alongside her lovely packaged goods, was leaflets (containing product description, website link, etc,) business cards and even the display of a QR code! The woman had no banner. She didn’t need one. Why? Simply because behind her on the wall in large size, was the business name incorporated into it’s overall branding logo for all to see. You couldn’t miss it – and that’s was her point! Just speaking about the branding logo, it was clear, concise and contained an always important personal touch; “...made with love“. The surrounding product packaging was green – thus immediately visual representing aromatherapy and natural environmental aspects of her wares. The woman had put some thought into where she would be table situated, making sure it was in front of a wall, not the middle of a large room floor with no wall to additionally use to advantage. This was a woman that had clearly done her business homework. She deserves every possible success. I could not fault her. I had to orally congratulate her on everything. I was seriously impressed.
.
A few other stalls had made small efforts. A few. The vast majority had not. I say again that this is great pity. There was an exquisite range of goods available to the public, only to be let down in product sale by lesser or non-existent marketing efforts. People put a lot of time and love into making their wares, only to stumble during the process of creating further public awareness – which in time could translate to further potential sales. Some of the sellers had done some research into how to sell – but their applied methods were limited. Rather than avail of a wider range of sale locations, some sellers opted to hamper themselves by limiting their net of catching potential customers. They were ‘putting their eggs into too few baskets’, thus greater limiting their ratio of potential sales. While some locations are not beneficial to all product, some of the great goods that were on range, could have been better shared (for free) to available places to places that charge nothing for advertising.
.
At the best of times, one must always try to advertise in some fashion. Attempts to grow public awareness of available products along with their USP, should always be made clear and be attempted as much as possible to get across. To self hamper this from the very start, is self-sacrificing sales, own previous physical efforts, etc, alongside depreciating brand awareness and possible repeat sales – a backbone of greater profitability.
.
When times are tougher – and we are likely facing such times heading into 2023 – one of the first things to go, is often advertising as it is seen as a heavy cost burden to shoulder! It can be. However, with better knowledge, reductions in carrying out advertising need not have a detrimental effect if what is remaining done, is carried out better! One of the biggest mistakes would be to stop advertising completely. If the public or other businesses don’t see you exist or aren’t reminded you are still there with an alternative product to one they are looking for, here too potential sales could be dramatically hampered.
.
As we head into 2023, it’s crucial for many sellers that increasing product and brand awareness is going to be further key to the business survival of many a small SME operating in Ireland. Market sellers are creating great items that should sell – if a greater percentage of the public is aware of them! It’s never been more important that sellers do so to their best possible ability. Foir those that don’t have serious time to concentrate on such matters, disappointments can be greater avoided by availing of “Clear And Graphic” services. Sellers have done what needs to be done, to create an item to sell, to get it to a table or shelf. How they sell it from there, will further decide if they are to reap greater success or to fail at a final hurdle!
.